Join Optimus Prime, Megatron, Bumblebee, Waspinator, Rhinox, Grimlock, Soundwave and many more of your favorite bots in the battle for supremacy where Transformers universes collide. This exciting action-fighting RPG brings the heroic storytelling and spectacular action from over 30 years of Transformers history to your mobile device!

Features:
• Collect iconic bots from the entire Transformers universe
• Battle other players with devastating special attacks, ranged blasting, destructible terrain and huge 360° arenas
• Team up with your friends, forge alliances and battle in global events
• Set a gauntlet of bots and defenses to protect your base, get revenge on those that attack and raid enemy bases
• Deploy away teams to score epic loot 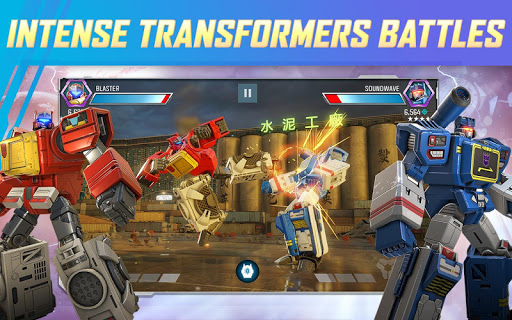