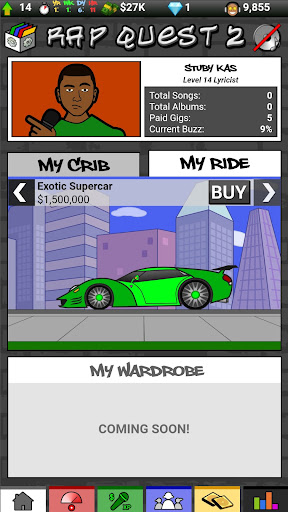 Rap Quest 2 is a Hip-Hop Simulation Game in which you build a Rap career through several mini-games representing the different aspects of what it means to be an MC.